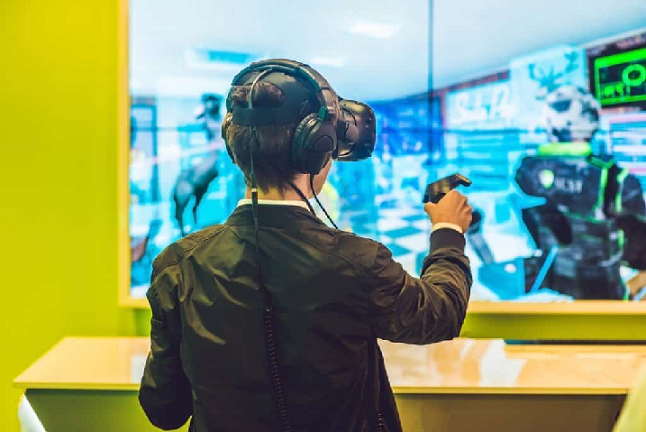 The new trend in games.

The popularity of NFT gaming is a given. It is possible to monitor the ownership of an item on a blockchain using NFTs, or semi tokens, which are virtual currency kept on the blockchain. It should be second nature for the 3 billion people who play video games worldwide to seek out and gather unique objects, little trinkets, and unusual art and souvenirs to keep and cherish.

NFT games current use has a noticeable environmental impact and high instability. The spectre of goodies still haunts gamers, as these paid-for random crates of stuff drained users’ wallets.

What are the prospects for NFT gaming in the future?

1. NFT gaming will be beneficial.

Begin with the most critical issue. In gaming, NFTs can unlock and enhance gameplay that has previously been played. “In the video game industry, it’s something the gamer puts their value into to the game; this makes complete sense that can take this value out from the competition.

The usage of NFTs allows users to possess an in-game item and then trade, sell, or hold it. Although in-game currency isn’t new, NFTs are more reliable and adaptable.

Microtransactions or season passes are common ways for gamers to buy in-game stuff. In contrast, NFTs will allow players to sell products or even earn a share of future resales through NFTs. In the era of the digital game, this is a big deal for those gamers who grew up trading old games to buy new ones.

Players have more control over the selling and resale of their things, thanks to NFTs. You can buy the season’s first kits from other players if you join FIFA Ultimate Team late.

Even so, NFT gaming can use the ownership players may have. The concept of customisation is central to many games. This may be broadened to allow NFT-powered materials for their popular games to be sold on a marketplace by NFT-powered asset makers.

In the case of a game, this could include fan art and projects. However, if publishers used NFTs in this manner, they would be handing up some control of their intellectual property to their players.

3. Earning to play games is going to be huge.

It is possible to impact the economy by having an internal market positively. Look no farther than the emergence of Play-to-Earn games like Axie Infinity. They have 3 million daily users and aren’t going anywhere.

Aside from some obvious resemblance to non-NFT games like Pokémon or Stardew Valley, several Play-to-Earn games have been accused of serving as simple backdoor blockchains, with little regard paid to actual gameplay.

It can be a challenge to negotiate crypto wallets, purchase fees, hidden charges, and more until you can even begin earning a prized Axie in even the most successful Play-to-Earn games. If the best ideas in UX design from Play-to-Earn and Free-to-Play can be combined, the results may be much better.

The unpredictability of Play-to-Earn is also a problem. Players may leave a game in huge numbers to pay out if the worth of their things rises or falls. There may be issues if the number of people entering and exiting the facility does not equal or exceed the number of people going.

If you don’t mind that these apps seem like charming animals, you can still enjoy Play-to-Earn games, as long as ‘Play’ always comes first and the apps are not money-grab trade apps disguised as cute creatures.

Tagged NFT gaming in the future