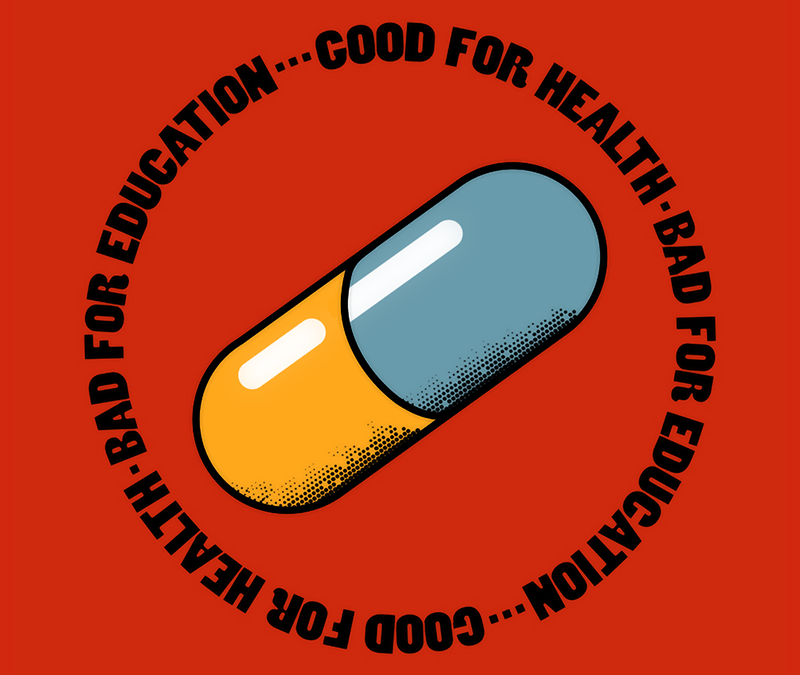 Good for Health bad for education: A Term To Learn

The term ‘Good for Health, bad for Education’ is used to describe or represent the effects of a person’s diet on their cognitive abilities. It also directs to the effect of physical diet on the intellectual capabilities of the individual self. The positive association between education and health is well established, but explanations for this association are not.

The link between Good for Health bad for education

Sociologists study stratification out of interest in systematic differences in opportunities and quality of life. Pearlin, a former sociologist says, “Although stratification research typically focuses on job-related outcomes such as occupation and earnings, ultimately the impact of social inequality extends beyond differences in jobs, earnings, prestige, and power, to the consequences of this inequality for individual well-being.

If educational inequality leads to differences in health, then it directly affects quality of life. Education-based inequality sorts people into different positions that are associated with different risks and rewards. Location in the stratification system shapes the ongoing stressors to which people are exposed, the resources available to help them cope with stressors, and lifestyle. We argue that the advantages of the well educated in work and economic circumstances, social psychological resources, and lifestyle improve health”.

Why is education associated with good health?

The article that is referred to in the above paragraph also takes us to the broader concept of inequality in heath which is gaining recognition since the world has been hit by a global pandemic accompanied by staunch lockdowns that have affected the health of the migrants, women, and the marginalized. The common theoretical explanations fall into three categories:

According to the first explanation, well educated people are less likely to be unemployed, and more likely to have full-time jobs, fulfilling work, high incomes, and low economic hardship. According to the second, the well-educated have social-psychological resources, including a high sense of personal control and social support, in addition to economic resources.

According to the third, the well-educated have healthier lifestyles; compared to the poorly educated, the well-educated are more likely to exercise, to drink moderately, to receive preventive medical care, and less likely to smoke. Education shapes work and economic conditions. Well educated people are less likely to be unemployed than the poorly educated; they are more likely to work full-time, and their work may be more fulfilling. Their incomes are higher, and they experience less economic hardship.